Theo began purchasing cocoa beans from the Democratic Republic of Congo (DRC) in 2012 by partnering with Eastern Congo Initiative (an NGO), our trading partner Esco Kivu, and smallholder farmers in Eastern Democratic Republic of Congo. People in Eastern Congo have lived through years of conflict and violence, compounded by low access to health care and government infrastructure. Investing to develop a militia-proof crop has supported stable economic development, as farmers now return to their land after times of heightened insecurity.

Theo partnered with Esco Kivu and cocoa farmers to invest over $800,000 in infrastructure, cocoa capacity projects, and direct payments to farmers which supported increasing quality and yield. This specifically funded the distribution of cocoa fermentation boxes and farmer training along with post-fermentation infrastructure. The partnership has developed Watalinga, Eastern Congo into a successful organic cocoa growing region, bringing benefits to the farmers and community. 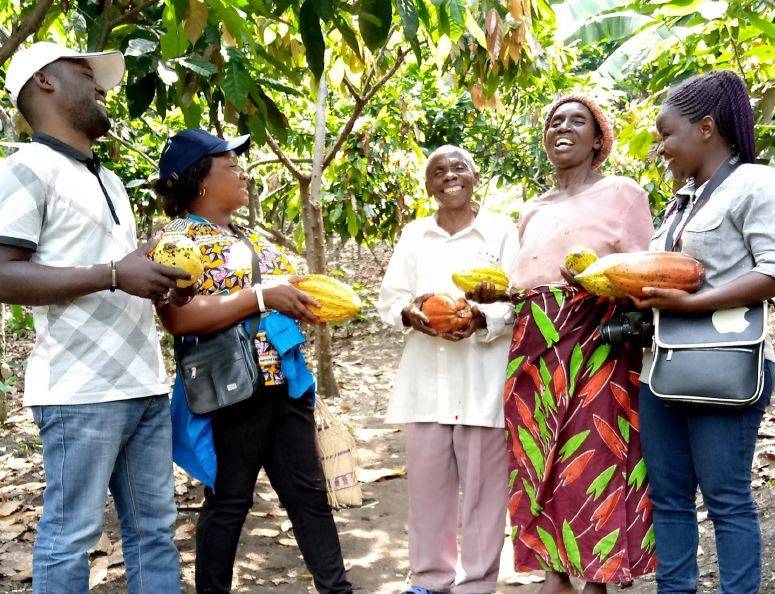 History of Cocoa in Watalinga

In the 1980’s, coffee growing was the main cash crop for the people of Watalinga District in Eastern DR Congo. However, with the onset of coffee wilt disease (tracheomycosis) in the early 1990’s, coffee production plummeted, and the local people were left without a cash crop.

Esco Kivu began an organic cocoa project across the border in Uganda in 1999, then in 2008 began to invest in Watalinga District with the goal of helping to reduce poverty by promoting sustainable cocoa production.

With insecurity and Coronavirus canceling Theo Chocolate’s visits to Watalinga in 2019 and 2020, we were unable to talk directly to farmers to continue assessing if the price paid to farmers provides a living wage. The Esco Kivu team brought in a non-Esco team member to conduct interviews with farmers and the results document the profound impact fair prices have on people’s lives. Here are two of those stories. 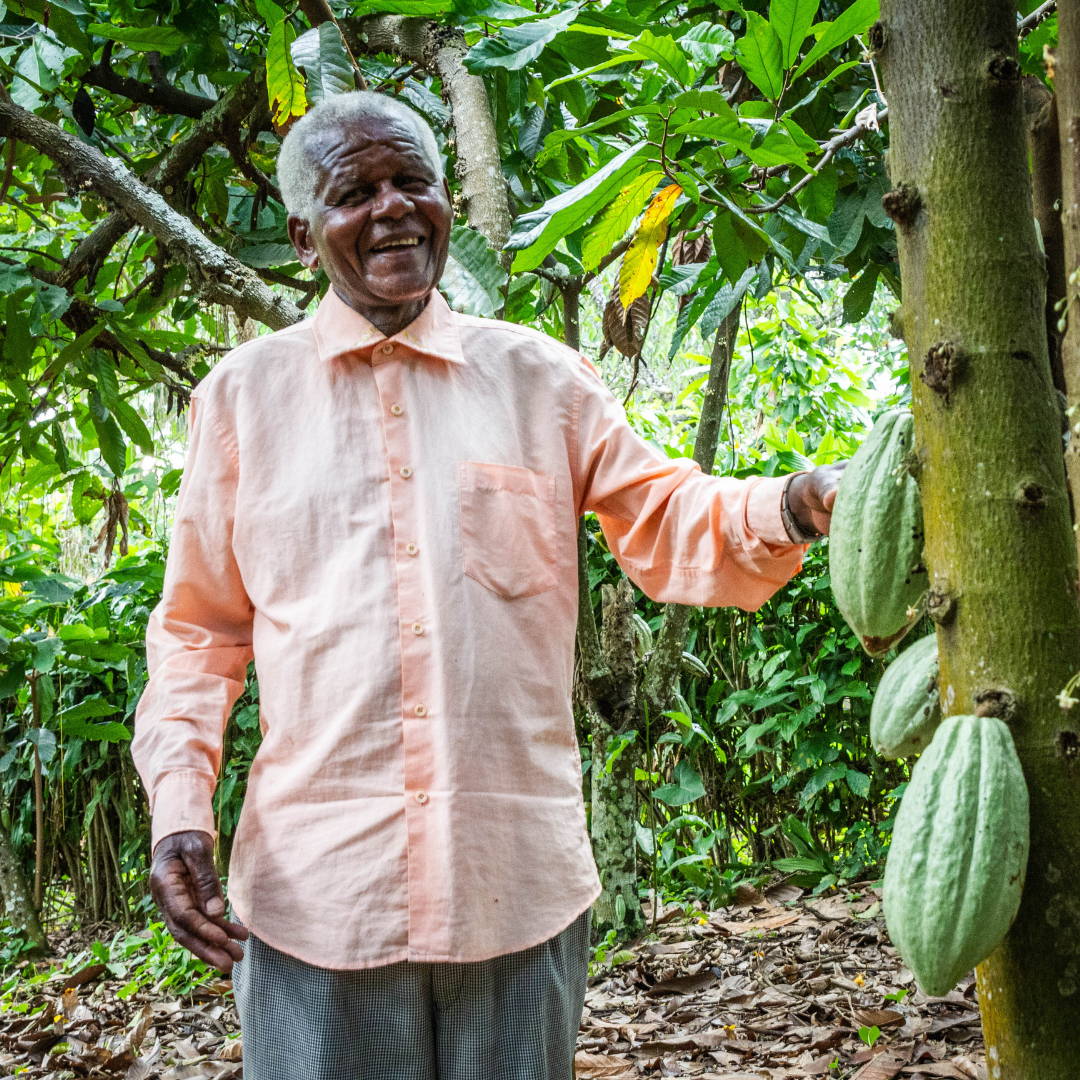 Thembo Ferdinand, aged 90, is one of the great pioneers of cocoa farming in Watalinga District.

A great fashion designer of his time, he was also a coffee and papaya farmer, but he recalls that even buying a bicycle back then was difficult because he had no financial education or training.

He adopted cocoa farming in 1992 after his coffee trees succumbed to coffee wilt disease.

"When I planted my 1.6 hectares of cocoa, there was neither agronomist nor buyer here. I was just copying what I’d observed in neighboring Uganda," says Thembo.

When Esco Kivu started work in the area, agronomists came to advise and support Thembo in improving his farm and training in better cocoa growing practices. He began to get a higher price for his cocoa as the quality improved.

"Even in my old age I am a boss, I continue to support my family without difficulty. Old age is great when you have cocoa,” says Thembo. 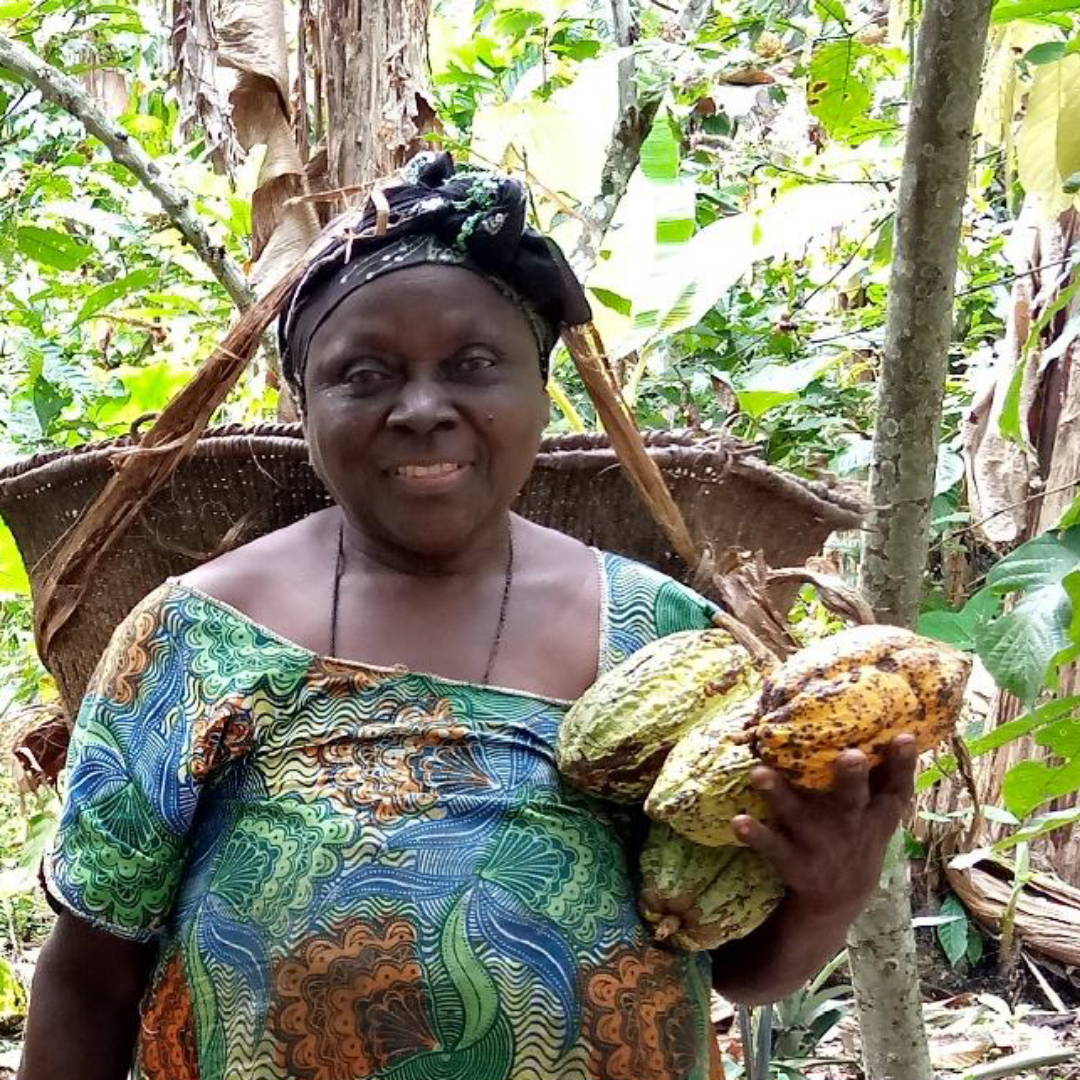 Dorothy Mbambu Mukine, born in 1952 is a widow and mother of 5 children. While her husband was alive, they were subsistence farmers and only two of her five children went to school. Inspired by her neighbors, she and her husband bought land and planted one hectare of cocoa in 2006.

"The only legacy for my family was cocoa," she says. With income from the plantation, the three children at home could start school, and now three [of the five] are graduates. One is a teacher at the Mabakanga Institute in Beni, another has a large cocoa farm in Nobili.

In 2017 her daughter Kavugho Toroto was seriously ill and had to have five successive operations – first in Kamango hospital, then in Butembo. This cost the family about $2,000, but "thanks to the savings program at Esco Kivu, I have an emergency fund and I can cope at times like this," says Dorothy. The story has a happy ending and Kavugho is now fully recovered.

Another impressive achievement is that both Dorothy and her son have built permanent homes with their income from cocoa. Dorothy is also pleased to have been able to contribute towards a new roof for her church.

"With good training, cocoa farming is much more profitable than running an informal business in Nobili. My dreams are a reality thanks to cocoa,” says Dorothy.

Dorothy is reassured by the continued presence of ESCO-Kivu despite current insecurity. She thinks that Esco gives the local population confidence to stay in the area and keep farming.